May 9, 2018
Home » Why aren’t we really mitigating? Bonn climate talks 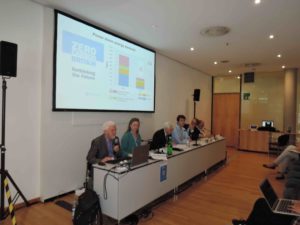 Laying the foundations for the vital political negotiations at COP24, the  Talanoa Dialogue is a very different kind of process to normal UNFCCC negotiations. People have been coming together to share stories, build empathy, trust and to share best practices. Humans talking to humans. I have been hearing much positive feedback on the process so far, even from sceptics. Negotiators tell me these deep feelings and deeper dialogues have resulted in people talking to each other, rather than at each other.

This Talanoa process was very much at the heart of our 8th May event at the Bonn Climate negotiations. Sponsored by the UN Quaker office and the Brahama Kumaris, it set out to open honest conversations across disciplines around what are the most effective and most ethical mitigation approaches, and why they are not being implemented on the scale and speed demanded by the science.

Catalysing such a shift requires thinking across disciplines. The event opened with a powerful overview of where we are in the world. Leading climate scientist Professor Kevin Anderson explained that in so many official scenarios and plans the radical and immediate action, demanded by the science, can be avoided by a reliance on some future mass deployment of mechanical carbon capture and geo-engineering technologies – as yet unproven at the massive scale this would require. Kevin’s presentation is vital viewing for everyone. 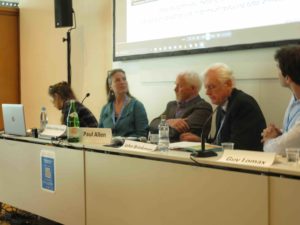 My presentation followed this up, by showing that we already have all the technologies we need to ditch such unproven future magic bullets and actually begin the real work that we know we must do. Opening with a Zero Carbon Britain overview demonstrating how a long industrialised country could rise to this challenge, I then presented a range of robust scenarios from across the globe that show this is possible for everyone. This included a new ground-breaking study by the Lappeenranta University of Technology (LUT) and the Energy Watch Group (EWG) which shows the global transition to 100% renewable electricity is already a tangible reality. The results of the study are revealing: a global electricity system fully based on renewable energy is feasible at every hour throughout the year and is more cost effective than the existing system.  I concluded with an overview of ideas for how we can overcome the barriers to make it happen. 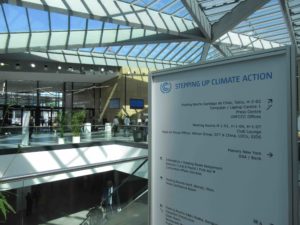 Then, to offer a wider historical perspective, John Brinkman explored the origins of the mind-set in which humans have become isolated from nature, offering a wide timeline of thinking including the work of Descartes, Sigmund Freud, Edward Bernays, exploring the rise of modern consumerism.

This was followed by Guy Lomax of The Nature Conservancy. Guy gave an impressive overview of the role natural systems can play in climate solutions, identifying and quantifying how conservation actions can both avoid emissions and increase genuinely ecological carbon storage by supporting natural systems.

Santa Mayer-Nandi presented an overview of the necessary changes in food, diet and land use. Martin Frick, senior director UNFCCC, made the point that it is most refreshing to be able to talk across disciplines and innovate around the need to raise ambition. Finally, Frank Ettawageshik offered powerful insights into the growing recognition of the need to build on ‘indigenous wisdom’, to help us all realise that ‘sacred nature’ is core to changes in worldview, which can catalyse the pro-environmental behaviour required by the Paris Agreement. The event concluded with a passionate range of questions to the panel.