Challenging the idea that environmental protection puts jobs at risk, Anne Chapman looks at how tackling climate change could create work and improve the health of the UK economy.

In June Len McCluskey of the Unite Union urged Labour MPs to vote for the third runway at Heathrow because it would create hundreds and thousands of new, unionised jobs. Meanwhile, a coalition of environmental groups argued that it would be morally reprehensible to vote for expansion of Heathrow because the growth in aviation it will bring about will increase emissions of greenhouse gases, at a time when action on climate change is urgent.

This is a classic ‘jobs versus the environment’ framing of an issue: a framing that is perhaps how the vast majority of the public sees arguments for protection of the environment. There are alternative ways of looking at things. Many have argued that strong environmental regulations promote innovation and give an economic advantage: a perspective known as ecological modernisation. 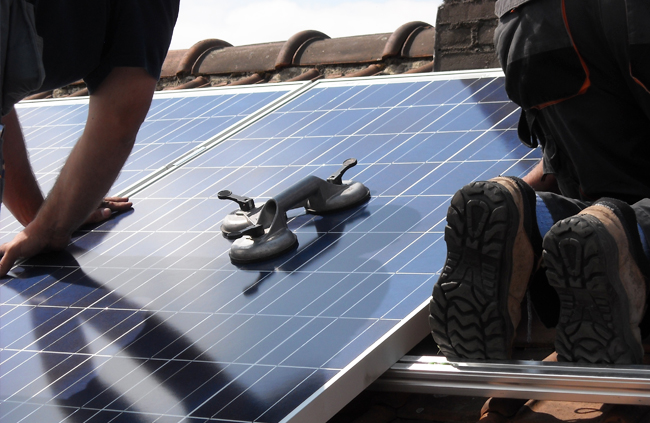 In the midst of the financial crisis a decade ago a group of campaigners came together to argue for a ‘Green New Deal’: a massive programme of investment in energy conservation, renewable energy and demand management to reduce the use of fossil fuels, but also to provide employment and tackle the decline in demand caused by the credit crunch. In 2014 the Trade Union Group of the Campaign Against Climate Change produced the third edition of their ‘One Million Climate Jobs’ report. This argues for a national climate service in which the government would employ one million people in renewable energy, energy efficiency and low carbon transport, to reduce our greenhouse gas emissions by 86% in 20 years.

Building wind turbines, installing solar power, insulating houses, providing electric vehicle charging points and electrifying our railways – and everything else we need to do to get to zero-carbon – all require people to be employed. There are jobs in the transition. But what sort of jobs, how many and where will they be? Will they outnumber the jobs that will be lost in fossil fuel-dependent sectors? These are the questions that Green House has been interested in for the last couple of years. 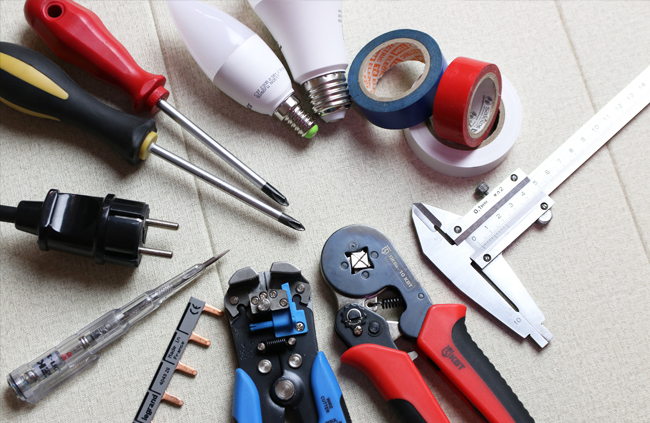 Rather than looking at the whole of the UK we started by looking at one defined area: the Isle of Wight. As part of a Green European Foundation project on the future of production and consumption (ECOPRO), done with the support of Green House and other European partner organisations, we estimated the number of jobs that could be created in the Isle of Wight if electricity generation, transport, farming and forestry and waste management were transformed in the way that they need to be if we are to achieve net zero-carbon. We did this by combining data about the Isle of Wight with ‘job metrics’: published information on the number of jobs involved in, for example, recycling a tonne of waste, insulating 100 homes, installing a MW of solar power, or 100 miles of bus travel. Where we had information we then subtracted the number of jobs that would be lost in fossil-fuel dependent sectors, such as the maintenance of internal combustion engine vehicles, or in waste-management practices such as landfill and incineration that we need to move away from. We then included an estimate for ‘support jobs’ – jobs needed to help people start new enterprises in these sectors, train people for the new jobs, or to give them the support they need to be able to take them up. For some aspects of the transition that we propose, such as improving the energy efficiency of public and commercial buildings, or energy storage, no estimate of the numbers of jobs involved was available, so estimates of jobs from these activities were not included. We also did not include any estimates of the jobs created in the wider economy by the increased spending of those working in the new jobs. We therefore think that our estimate of around 2000 net new jobs is likely to be conservative. You can find all the details of how we got to this figure in our report, A Green Transition for the Isle of Wight, published in February 2017.

In 2017, as part of the same Green European Foundation project, we went on to consider a very different local area, the Sheffield City Region. This has a population of around 1.8 million, compared with the Isle of Wight’s 140,000. There we estimated that around 21,600 jobs would be created in the transition phase and 17,600 in the longer term (post 2030). This latter figure is approximately equivalent to the number of Jobs Seeker’s Allowance claimants in the region, though the number of people who are economically inactive but would like to work is much higher, at 73,000 in 2016-17. Our report on the Sheffield City Region was published in May 2018. Both reports are free to download from our website, www.greenhousethinktank.org. 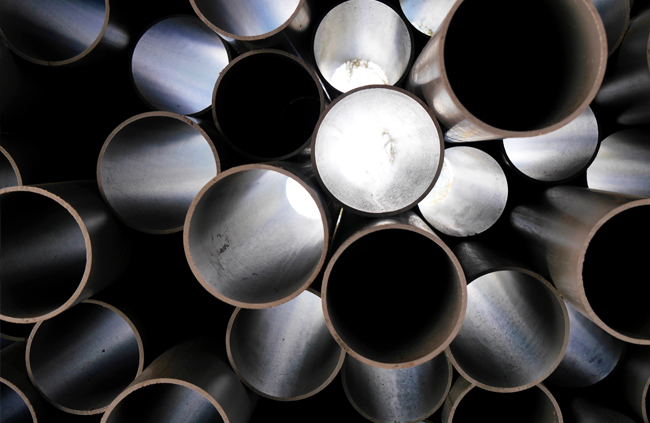 As well as reducing emissions of greenhouse gases that are reported in UK statistics as occurring within the areas that we considered – transport fuels, heating, electricity use and industrial emissions – our proposals should reduce emissions that occur elsewhere but are embedded in imports into those areas. Increasing repair, reuse and recycling will reduce the need for imported goods or materials, and producing more food locally by low-carbon means will reduce imports and the greenhouse gases associated with them. Our proposals would also have wider benefits including increasing biodiversity, reducing pollution and increasing health and fitness as well as reducing unemployment and making the local economy less reliant on external factors.

CAT’s Zero Carbon Britain (ZCB) reports have been an inspiration and a big influence on our work. Specifically, our transport modelling was based on the modal shifts proposed in Zero Carbon Britain: Rethinking the Future and we drew on ZCB in many parts of the modelling of energy and land use. Our thinking on diets was also influenced by CAT’s People, Plate and Planet report. We acknowledge that there is scope for improving our modelling, by improving accuracy and reliability of existing modelling and by filling in the gaps in the jobs metrics. We would welcome constructive feedback on our work, especially from those who could provide additional sources or suggest changes to our modelling assumptions.

This year, as part of the Green European Foundation project on ‘Climate Jobs’, we are moving on to look at the whole of the UK by local authority area. We are developing a model using Office of National Statistics Data and other available information. This, combined with the jobs metrics, will produce estimates of the numbers of jobs that could be created in each area.

The location of jobs is important. For too long economic growth in this country has been focused on London and the south east, along with a few other major cities, putting pressure on resources there, while in many other parts of the country there are few job opportunities and declining communities.
Some of the jobs required for a transition to zero carbon will be concentrated in particular places: manufacturing of wind turbines in factories such as the Vesta turbine factory on the Isle of Wight; the jobs involved in off-shore wind in coastal areas such as the Siemens plant in Hull. But other jobs will be more evenly spread throughout the country: everywhere with houses and buildings there will be jobs retrofitting energy efficiency measures; jobs in public transport will be everywhere where people want to travel; jobs in re-use and recycling will be where ‘waste’ is generated. These jobs depend on the population density. Other jobs, such as in growing food, forestry or installing and maintaining renewable energy, depend on the available land area, providing employment in rural areas.

An economic strategy based on transitioning to zero carbon would create jobs in smaller communities and rural areas, not just in a few big cities, where job creation is currently concentrated. It could shift development from urbanisation and strengthening the economic connections between larger cities to strengthening local economies at the community and city-region level.

As well as looking at the whole of the UK we are working with partner organisations in Ireland and Hungary to model job creation per region in those countries. The results will be presented in December at a side event to the UN climate talks, COP24 in Katowice, Poland, where we will argue that strengthening climate targets and increasing ambition will, on balance, create not destroy jobs.

The sort of changes to the economy that we envisage are substantial but have been achieved in the past: between 1939 and 1942 around 25% of the UK’s working population changed industrial sector and 45% of net national expenditure was transferred to one specific purpose: fighting the war. We need a similar transformation now to address the emergency of climate change. We need changes to strategies, policies and regulations, as well as taxes and public investment, to create the jobs that we propose and make them economically viable.

Anne Chapman has been involved in the Green movement for over 20 years. She is the author of Democratizing Technology, published by Earthscan in 2007. She is currently a director of Green House think tank. Green House publishes reports and organises events to promote the development of green thinking in the UK. www.greenhousethinktank.org

The modelling of climate jobs was done by Peter Sims, with support from Jonathan Essex.

The Green European Foundation (GEF) is a European level political foundation funded by the European Parliament. Its mission is to contribute to the development of a European public sphere and to foster greater involvement by citizens in European politics. www.gef.eu