Dulcie Fairweather is on the trail of one of our most vulnerable woodland creatures.

With their golden-sand fur, big black eyes and long, feathery tail, there is no doubt that the hazel dormouse has the “aww” factor.

You would have to be incredibly lucky to spot a dormouse in the wild, as these minute creatures are rare, strictly nocturnal and spend most of their time either asleep or high up in the trees. Remarkably, they can spend as much as seven months of the year asleep.

In fact, it is their sleepy nature that has gifted them their name, as it comes from the French word “dormir” which means to sleep.

Here at CAT, we are delighted to have these endearing animals on site – we even have wildlife cams capturing their behaviour.

These elusive rodents favour deciduous woodland, overgrown hedgerows, and scrub. Dormice are arboreal and are adapted to climbing among tree branches in search of food. Their acrobatic movement relies on their whiskers. Hearing, vision and smell also play a role in guiding them around their environment.

Their diet varies depending on the time of the year. During the spring they will feed on the flowers of oak, hawthorn, sycamore, and willow. As the season progresses, flowering shrubs such as honeysuckle and bramble become available to them. If the weather is cold and wet, and food scarce, the dormouse saves energy by going into torpor; it curls up into a ball and goes to sleep.

In autumn, they feast on nuts, seeds, and berries that provide enough sustenance to survive the winter. Amazingly, dormice can almost double their body weight just prior to hibernation, fluctuating from between 15-20g and 30-40g.

From October to November, they hibernate on the ground in areas that are not subject to extreme variations in either temperature or humidity. Damp, cool conditions are vital so that their body temperature and heart rate can lower, enabling their fat reserves to last longer. Water vapour is lost during the animal’s breathing, making damp conditions an absolute necessity. As they do not wake up and drink regularly, it is vital that the dormice hibernate in a moist place. Most commonly, they prefer to nest in a tightly woven ball of leaves in the base of old coppiced trees, hazel stools or under log piles.

Plight of the dormouse

Once widespread in Britain, the species has seriously declined in both population and range over the past 100 years – making the hazel dormouse one of Britain’s most endangered animals.

Dormice are confined predominantly to southern England and Wales and, where dormice remain, their distribution is patchy. The State of Britain’s Dormice 2019 reports that, since 2000, the population has fallen by a half (51%). Having already vanished in 17 counties across England, the population of dormice is decreasing on average by 3.8% each year.

The loss and fragmentation of ancient woodlands, climatic difficulties and reduction in traditional forestry methods have been recognised as their main threats. 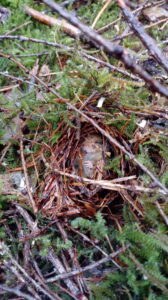 Dormice prefer structurally diverse habitats: they are more numerous in woodlands with varied tree heights and prefer to move through areas of woodland edge and dense vegetation. They are a species that will not leave the safe canopy of trees to cross large, open spaces and are reluctant to come to the ground.

But changing woodland practices and the subsequent loss of connectivity have forced populations to become isolated, lose genetic diversity and, therefore, become more vulnerable to extinction.

The composition and structure of woodland habitats are crucial elements in ensuring the survival of the hazel dormouse. Ultimately, dormice benefit from a diverse woodland understory where they can nest, feed, and raise their young. Coppicing, particularly of hazel, provides a perfect habitat for dormice, with well-linked branches which act as pathways, lots of different shrub species and not too much shade from large trees overhead.

Other traditional management practices include glade creation and small-scale tree felling, but sadly these methods are becoming less common, leaving less suitable woodland for the mice.

Furthermore, the UK’s increasing loss of hedgerows has meant that woods that have lost their dormice will not be repopulated.

A changing climate for dormice

Fluctuations in weather patterns, caused by climate change, are disrupting the species’ hibernation cycle. As our winters become milder, the dormice become more vulnerable to waking up earlier or more frequently than normal. They use weather cues as a guide to the best time to become active. For a hibernating animal, timing is critical. It can be catastrophic to awaken prematurely when their food is scarce.

Our rapidly changing climate and its future impact on the species paints a troubling picture for the already rare hazel dormouse.

Thanks to reintroductions by The People’s Trust for Endangered Species, there are some pockets of new hope for the hazel dormouse. Dormice have been returned to 12 counties in England where they had previously been extinct. And, at 96 of 336 sites analysed in their report, populations are stable or increasing (29%).

What you can do

A priority for conservation action, dormice can do with every bit of help they can get.

Take a look along your local hedgerows and wooded copses to see if you can find signs of dormice in your area. Fallen, chewed hazelnuts are the best indicator for dormice activity and presence. They characteristically leave a smooth, round hole in the side of the nut, with tooth marks running around the inside of the hole before discarding it. Other small mammals, such as wood mice and bank voles, leave teeth marks in parallel lines. Whereas squirrels just crack the nuts open with their powerful jaws.

While the chances of finding hazel dormice in your garden are slim, there are still ways in which you can boost your backyard biodiversity and maybe – just maybe – you may happen across a dormouse in the future (a dream we probably all share!).

Few of us can contemplate having a wood in our back gardens, but just a few metres is enough to establish a mini-habitat. A woodland edge garden which is made up of different layers can support an abundance of species. For example, hazel trees and their nuts are an invaluable resource for birds and mammals (especially dormice) in the autumn. Adding shrubs, bulbs and herbaceous plants can add more layers – the more layers, the better!

In late winter or early spring you could even have a go at coppicing. This pruning technique prevents the canopy becoming too thick and you only need to do it every few years. Essentially, it involves cutting back all the stems to just above the ground. Linking any remaining green habitats is important and species such as hazel, hawthorn, honeysuckle, hornbeam, and dogwood would greatly benefit dormice. Above all, by providing the widest variety of the above species you will help to ensure continuity of food sources throughout the seasons.

As always, don’t be too tidy! Leaving ivy on trees, letting brambles grow, and creating log piles are just some examples where we can help provide good garden habitat for wildlife.

If you own or manage your own woodland, there are resources available to promote management practices that will either maintain or enhance the habitat for our native hazel dormouse.

Due to their severe conservation status, the species is heavily protected, and it is an offence to deliberately disturb a hazel dormouse. Where there is a reasonable likelihood of dormice, checking a dormouse box or nest tube potentially disturbs, and is illegal without a licence.

A haven for dormice

At CAT, we are extremely proud of how we sustainably manage our habitat, opting to use traditional methods rather than heavy machinery. On our Quarry Trail, we dedicated a whole section to dormice by encouraging the growth of a dense understory with lots of honeysuckle and hazel. Hazelnuts provide a great source of fat for dormice; so hazel trees are an ideal environment. Climbing plants like ivy and honeysuckle offer good links between the shrub and canopy layer as well as providing additional habitat. We have also built and installed nest boxes for the species to use.

Through our sensitive woodland management, we believe that our efforts have paid off – especially with the captivating footage of the dormice we have been treated to recently. They have been filmed feeding in preparation for the long winter months ahead. Our hazel coppice is a sanctuary for our population of dormice, and we will continue to manage our woodland to their benefit of this lovable species. 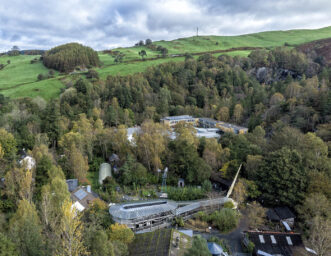 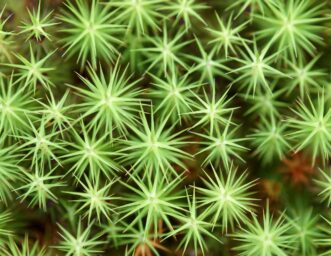 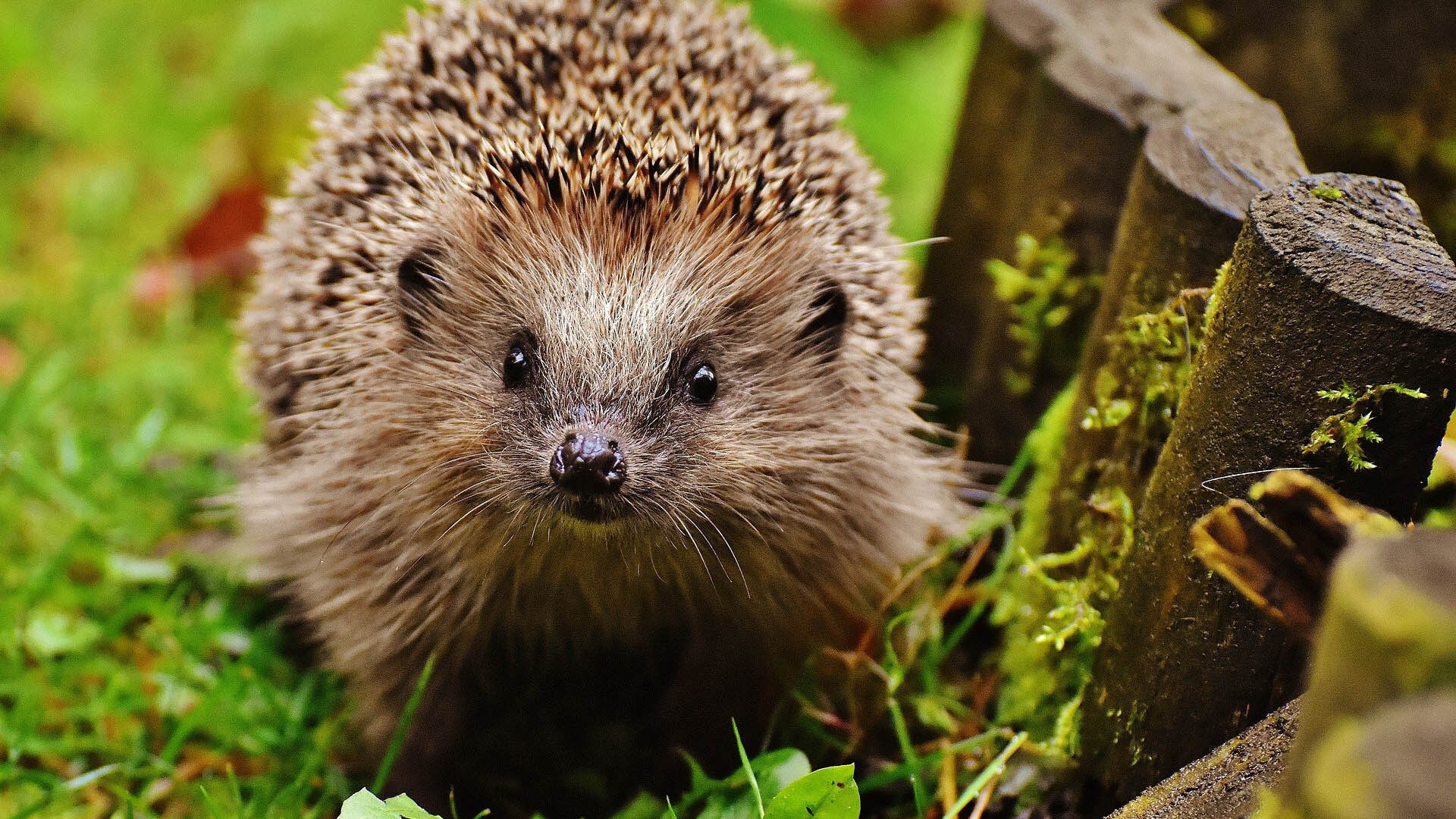