Offshore wind has a crucial part to play in getting to net zero greenhouse gas emissions. Sally Shenton explores the promise and practicalities of a growing industry, and looks at what needs to be done to unlock its huge potential.

The first two offshore turbines were installed off the coast at Blyth in 2000. Over the 19 years since, a new industry has developed, with turbines increasing in size and power output, plus a revolution in the ways they are operated.

The first commercial offshore turbines installed at Scroby Sands and North Hoyle were 2 MegaWatt (MW) machines based on onshore models with additional marinisation to protect them against salt water and the harsher environment. The latest turbines being planned for offshore sites are between 10 and 12 MW.

In the early days of the offshore wind industry, the cost of building and operating offshore wind farms was high. However, through a planned programme of financial support and a great deal of innovation and enthusiasm, offshore wind is now lower in cost than most other forms of energy.

Financial support initially took the form of the Non-Fossil Fuel Obligation, which was used to part-fund the original Blyth turbines. This was soon followed by the Renewable Obligation (RO), which required electricity suppliers to include renewables in their mix, with the RO Certificate (or ROC) acting as evidence that suppliers met their renewable generation targets (the ‘obligation’). Offshore wind generators could sell ROCs to electricity supply companies to provide income in addition to the revenue received for the power they produced.

More recently, the RO regime has been replaced by a competitive auction to win ‘Contracts for Difference’ (CFD), which provide a way for power prices to be guaranteed in the long-term. Offshore wind developers can use the certainty of the CFD to borrow large amounts of money – often several billion pounds – which is needed to build an offshore wind farm.

This competitive approach coupled with larger turbines and growing experience has delivered the dramatic cost savings seen over the last few years: the cost of energy produced peaked around £150/MWh while in the next auction they are expected to be below £52/MWhr.

The importance of offshore wind in the future energy mix has been recognised by many, including governments and climate change activists, and it has been a real privilege to see the industry develop.

The world of offshore wind is full of amazing things. We have built electricity substations in the middle of the sea, used some of the largest crane ships in the world, we have created special boats to allow maintenance workers to safely transfer onto turbines and, for larger sites further from shore, we now use specially designed ships that allow technicians to live on-board for several weeks.

Once planning consent and finance is in place, offshore wind can be built quickly and used at scale. The UK is currently home to the world’s largest offshore wind farm at the Walney wind farm site off the coast of Cumbria. Yet this record is set to be beaten soon by another UK site, the Hornsea 1 construction, which is due to be finished in 2020; at 1.2GW its output is comparable to the large thermal power plants it will inevitably replace. 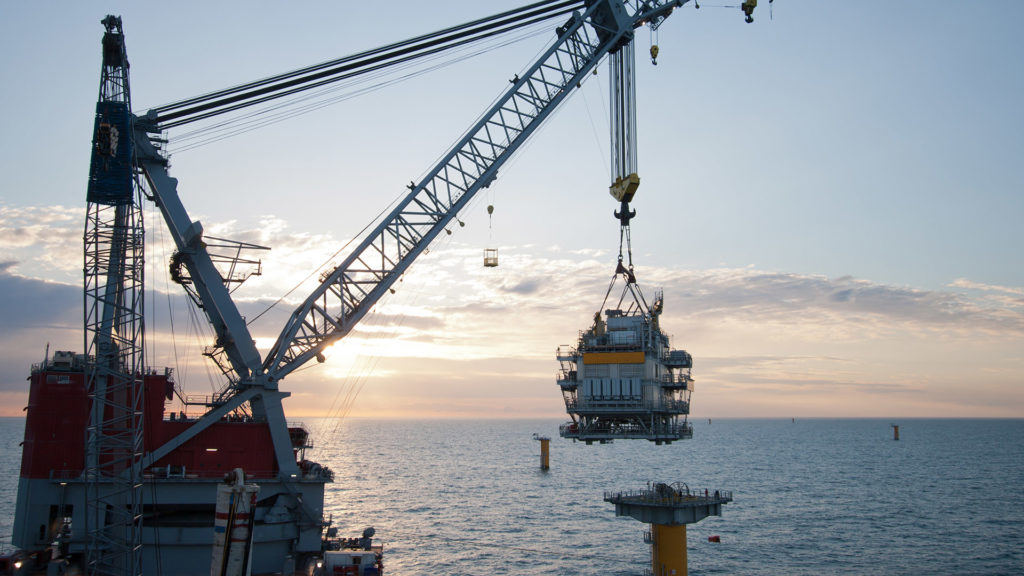 Rising to the Climate Emergency

Being in this industry at this time is exciting and it’s easy to get swept along in the wave of enthusiasm. We must celebrate our successes, but we should also remember the bigger picture. We are in a climate emergency and we need to move over to using zero carbon forms of energy production as soon as possible.

The current ‘Industrial Strategy’ – the deal done with the UK government – is aiming to bring a total of 30 GW into operation by 2030, which is one quarter of the capacity needed under CAT’s Zero Carbon Britain plan. So why are we not accelerating the number of wind turbines installed offshore? Despite installing nearly 3,000 offshore turbines, why are none manufactured in the UK? Why aren’t all communities close to offshore wind farm installations prospering? Why is the installation rate of offshore wind turbines falling? And why did the government introduce a cap on the amount of offshore wind that can be developed in the 2019 CFD auction no matter how cheap it is?

We are facing a Climate Emergency. Renewable energy offers a solution that is proven, quick to build and low cost compared with other new power plants. The Zero Carbon Britain energy model estimates that we will need to install around 9,000 more turbines around the coast of the UK. We will only do this quickly if we have a stable pipeline of projects with some form of income guarantee in place to ensure we can raise the finance needed – whether this is from banks, pension funds, local authorities or direct funding from government.

It is not easy to criticise the industry I love to be a part of, especially when I know how many individual engineers, offshore workers, designers, environmental specialists, planners, vessel skippers and many others have worked so hard to bring us to where we are today. It has not been an easy ride to get to this point – early offshore wind workers were ridiculed for moving out of the fossil fuel sector, worked long hours and kept going through periods where the industry faltered and struggled. We owe it to all these people and to the youth to accelerate our plans.

Speeding the transition to zero carbon

If we install at the fastest rate achieved in any year, it will take 24 years to install the 9,000 turbines needed in the Zero Carbon Britain model. If we go at twice this rate, then we could do it in 12 years – but it is not quite that simple.

We need to ensure the planning and development of projects keeps pace – it currently takes around 10 years to find sites, gain planning permission, then plan and build projects; the actual physical installation of the turbines, offshore substations and cables takes only 2-3 years of this.

We will also be building in increasingly challenging areas – challenging due to water depth, weather conditions, wildlife or visual impact. We need to make sure we place turbines in the right places, but we must make these decisions quickly and ensure that the pipeline of projects is secure so that we can give manufacturers the confidence to build factories in the UK. We need to improve our understanding of the impacts on wildlife – especially birds – and seek ways to protect populations as we build and install more turbines.

We also need to urgently accelerate the commercialisation of floating wind technology – an area in which the UK is currently a leader – so that we can build in deeper water that is further offshore. And we need to make sure improvements to the electricity grid do not hold us up.

There is a huge role for government to support the enabling work that underpins the growth of a new clean energy sector. There is more work to do to improve understanding of the underlying natural environment and set the right signals for investment in a new electricity grid infrastructure. We need to recruit and train more environmental and consenting experts if we are to avoid delays in bringing projects forward. We need to invest in our ports and manufacturing facilities to deliver jobs as well as turbines.

Challenges surround us, but I am filled with hope that these kinds of conversations are now happening and we gaining so much support from around the UK and the world. Take heart from the words of Mahatma Gandhi: “The difference between what we are doing and what we are capable of doing would solve most of the world’s problems.” 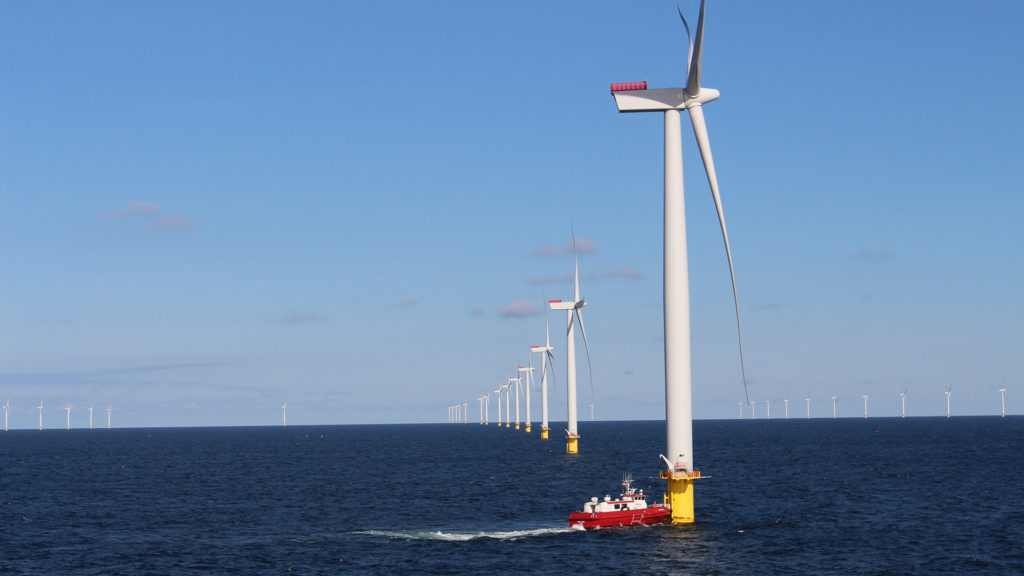 Sally is Director of Generating Better Limited. She has worked in the offshore wind industry for over 12 years and has been in the electricity supply industry for her entire career. She now runs a consultancy that advises offshore wind investors, owners and operators, whilst supporting suppliers, industry bodies and universities. 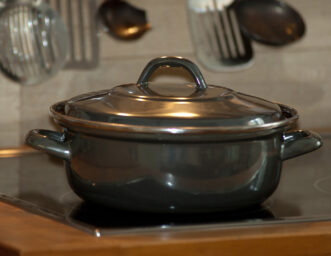 Free Webinar – Energy and Power: an everyday comparison (Booked out) 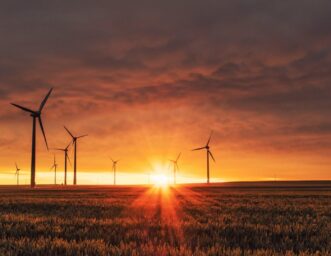 Free Webinar – The extraordinary story of human beings, energy and happiness (Booked out) 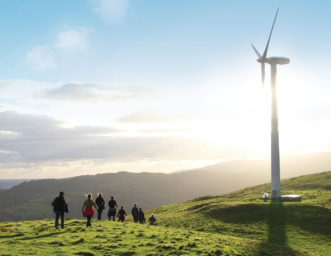 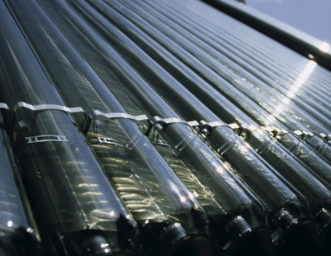