In the UK, gardens cover more land than nature reserves, so what we do in them matters. Alex Chadwick shares some tips on creating your own little wildlife haven.

Our towns and cities are sometimes thought of as ‘ecological deserts’ barren of almost all non-human life, but nothing could be further from the truth. There are all sorts of creatures and critters that will happily occupy even very small gardens and green spaces in urban areas, given the right availability of food and shelter. Birds in particular are often amongst the first to take advantage of new urban habitats. With the pressures of climate change, habitat loss and urbanisation, our biodiversity is under threat like never before – which makes it more important than ever to give our wildlife whatever helping hand we can.

With autumn now thoroughly settled in, for many of us it’s the time of year for the annual bird box cleaning out. But with this year’s fledglings having flown the nest, it’s also the perfect opportunity to think about replacing old boxes, putting up new ones, or maybe just moving boxes that aren’t being used. Thanks to the efforts of volunteer Ray Dickson, here at CAT we recently had a suite of brand new boxes for birds, so we thought we’d share with you some tips and tricks to get the most out of your own bird boxes. 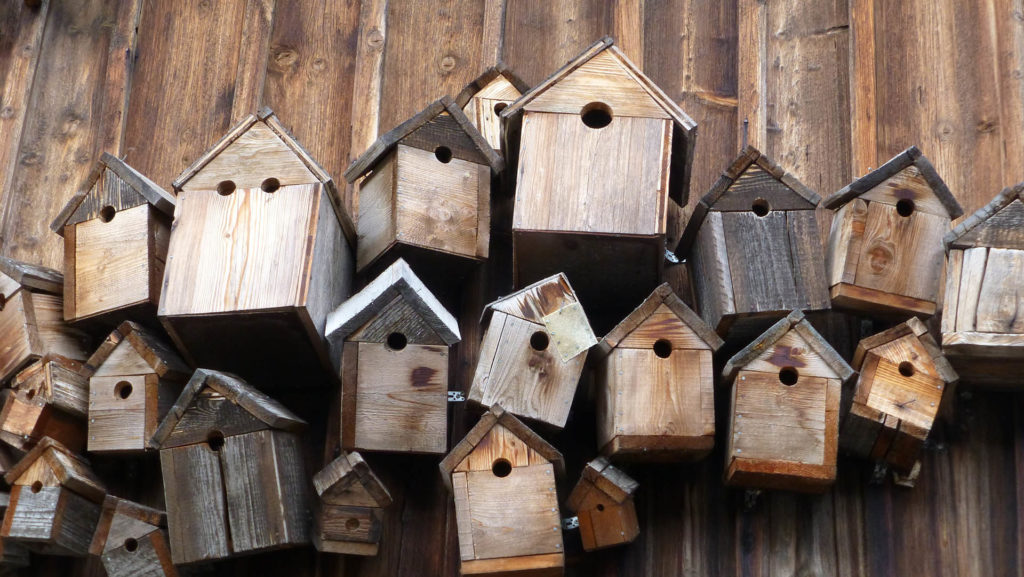 Whether buying or building your own, there are lots of things to think about in the design.

Firstly, the most important thing to remember is that bird boxes are not one size fits all. Just like people, birds can be very particular about where they want to live. So whenever you’re building or siting a box, the golden rule is to think about the specific species you want to attract, as their boxes can be quite different. For example, blue tits and coal tits like a very small entrance hole (an inch across), whereas a starling would prefer a hole almost twice as large, and robins and wrens like open fronted boxes. It’s also important to think about how high up on the box the entrance is as this determines how much space there is below the hole for the nest and chicks.

It’s also worth sparing a thought for what species are around locally anyway – they won’t move in if they aren’t in the area already. 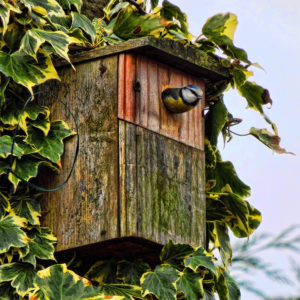 Where to place the box is also crucial, and may require a bit of trial and error on your part (but only move it when the box is definitely vacant). Orienting the box to face roughly north-east is a good rule, as it means it gets some sun in the morning but isn’t exposed to the midday sun – keeping the interior a nice stable temperature.

As for factors like the height of the box, whether it’s attached to a tree or wall, obscured by vegetation or with a clear run in front, or how close together to place multiple boxes, this will also depend on the species you want to attract. The RSPB has a fantastic guide on their website that goes into great detail about what different birds like.

There are some other general tips for building or choosing a box that applies no matter what species is in residence. One is the type of wood you use – avoid treated wood. The natural habitat would be in a rotten tree or stump, which has a very different aroma to that of chemically treated wood. It therefore usually works out cheaper to buy a small amount of untreated hard wood (which lasts longer) and build a box yourself. We usually use larch wood for our boxes.

Fastening the lid is also important – it needs to be secure enough that a squirrel couldn’t open it, but easy for you to access without a screwdriver. A small hole drilled through the roof and into the side of the box, with a nail pushed in, is ideal. It’s worth using galvanised nails or screws to assemble your box as, like the hard wood, they will last longer than their cheaper counterparts.

Finally, one often overlooked aspect is drainage holes. Although boxes should be weather proofed as much as possible (with a strip of rubber over the lid hinge, and by angling the box slightly forward), water still sometimes gets in. So we always use large drill bits to add a couple of holes to the bottom of our boxes to let water drain out.

With the right materials, design, and a well placed box, hopefully you should be all set to receive a new family of birds into your garden. Good luck, and let us know how it goes!

If I could recommend one thing to anyone to increase biodiversity in their own back yard, I would say to get a pond. It can be as simple or complex, and as big or as small as you like. I once made an ‘urban pond’ in my parents’ back yard out of an old dog basket and a bit of tarpaulin, and it worked great!

Standing water provides a wholly different environment for a range of species to exploit. In particular, it’s an important stage in the life cycle of many insects – which you may not love, but birds, bats, amphibians and even reptiles certainly do. It also provides a series of new growing environments for plants, from lilies in deeper standing water to irises and marsh marigolds in the shallows. 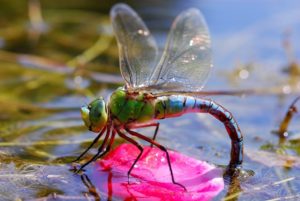 There is a host of different guides, in books and online, that can show you how to make your own pond, but make sure you include some pebble covered shallows or an escape ramp for critters to get in and out.

With even a small pond, it won’t be long before you start seeing new garden visitors, and even a moderately sized pond will quickly attract frogs, water snails, and maybe even newts. 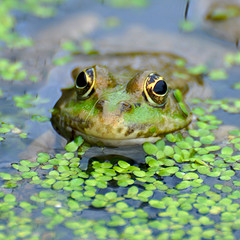 As you might expect, flowers are a hugely important source of food. In particular, flowers provide nectar and pollen to butterflies, as well as the vitally important bees. To help them out, think about what time of year the things already in your garden flower, then add to that with plants that flower outside of those times. The idea is to have something flowering in your garden for as much of the year as possible; as well as making your garden nicer to look at, this also means there’s at least some food available all year round.

Another thing to consider for increasing biodiversity is your choice of plants. Try to choose species and varieties that are native to Britain as much as possible. This is because native plants have co-evolved with native insects and animal life, meaning the biodiversity you’re trying to boost is more likely to be able to take advantage of those native plants. Non-natives may be very nectar rich and good for butterflies and bees, but can also run rampant if accidentally spread into the wild, as has happened with red valerian, for example.

A good rule of thumb in promoting biodiversity is to try to emulate natural systems as much as possible – and nature certainly isn’t tidy. So by tidying up our gardens, we can sometimes inadvertently be doing biodiversity a disservice. However, there is a balance to be found.

One way of doing this is to delay deadheading your flowers a few more weeks, or better yet leaving them to drop off naturally. This is because the deadheads often contain seeds – a useful food source for many species, plus the plant material will decompose into the soil. Another way is create a leaf pile in an out of the way corner rather than disposing of dead leaves at the end of autumn. Not only is this great for insects and worms, it’s also a great place to hibernate for hedgehogs and mice.

I would also heartily recommend putting a pile of old logs in a shady, damp corner. This isn’t just because I find mushrooms fascinating, it’s also another great habitat for insects – in particular ladybirds, which I’m always happy to see move in, as they ferociously devour the aphids that would otherwise infest my garden. Natural pest control in action!

As part of our woodlands team, Alex helps manage the CAT site to enhance biodiversity, creating a haven for a wide variety of species. He also gives tours and workshops to increase knowledge and understanding of nature conservation.
Alex’s role is funded via a generous donation from two of our close supporters – huge thanks to them for making this work possible